Watch Dogs Delayed on Wii U.

Watch Dogs is still coming to Wii U, but it will not be released at the same time as it is on other platforms, Ubisoft revealed today.

During a conference call discussing its earnings for the third fiscal quarter, Ubisoft announced that, following last year's delay, the release of Watch Dogs continues to be planned for its first quarter of the 2014-15 fiscal year, which runs from April 1, 2014 through June 30. That release is planned for Xbox One, PlayStation 4, Xbox 360, PlayStation 3, and PC -- Wii U being the notable absence on that list.
Click to expand...

Sounds to me like they are holding off to see if the game gets any demand on the Wii U before planning on releasing it. I wouldn't be surprised if they announce of its cancellation after the game's released on the other platforms. Right now from the looks of it, it seems they are running into problem with Wii U's development but they're all my speculations only. 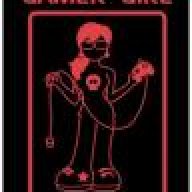 Yeah, I just read this. I can understand wanting to see if there's any demand first. If they haven't developed it for the WiiU, why do it if nobody is interested. Especially with the WiiU being a Nintendo product, which is generally based for a younger crowd (although I love my 3DS)! I'm curious to see what the actual interest for the game is on the WiiU.

I believe there's demand, but there's a verbal group who are upset at being burned by third parties to the point that anything that doesn't come to WiiU they instantly trash it or are...hyper indifferent towards it.
You must log in or register to reply here.
Similar threads