PS5: It's Better Than You Think! 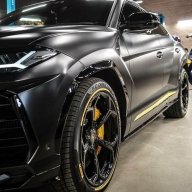 No one can deny that exclusive titles will play a major role in deciding how to spend those pieces of government cheese we’ve been saving, and we have to choose wisely, as these are pricey pieces of machinery. While the XBox Games Showcase showed us some big name exclusives (such as Halo Infinite, Forza Motorport, Fable, S.T.A.L.K.E.R. 2 and Warhammer 40,000: Darkside), Sony seems to have the upper hand with more recognizable titles. While some of us are familiar with the likes of MicroSoft’s State of Decay franchise, every gamer knows about Spider-Man, Gran Turismo, and Demon’s Souls, which will each have titles released on the next gen playstation. With so much at stake, why take a chance on lesser known titles, right? Playstation has finally caught up with XBox in that its controller is finally extra large, allowing for less button mashing accidents and more comfort. On top of that, the DualSense will give our hands and whole bodies a new physical way to experience gaming. Will it deliver? Or will that feature go bust like 1960’s Smell-O-Vision? We’ll find out this holiday season.


Sent from my SM-N960U using Tapatalk
You must log in or register to reply here.
Similar threads
Digital Foundry Confirm Massive PS5 Specs That Crushed Microsoft! Sony Did The Impossible!
PS5 storage
Geoff Keighley goes hands on with PS5's controller
Question: Will my games bought on the PSN Store (ranging from Ps1 to Ps3) be compatible with PS5
Playstation Home on PS5
PS5 Hardware Reveal Trailer
PLAYSTATION 5 ( PS5 ) - PS5 EVENT HAS BEEN CONFIRMED FOR THIS THURSDAY !
PS5: Where's The Rest Of It?
Compatible wheels with PS5 will be?
PLAYSTATION 5 Dev Kit Demo | PS5 Graphics | PS5 Home Screen Reveal | AMAZING!
PS5 titles with PS+ at launch???
PS5: What's Taking SO Long?
PS5 graphics and gameplay is crazy good!
PLAYSTATION 5 ( PS5 ) SONY is NOT Taking Any RISKS This Year !
PS5: Pricing & Patent Leaks Revealed !
PS5 Details REVEALED | Sony PlayStation 5 High End GPU Cooling & Next Gen Console Pricing Details!
PS5: Already Won And We Can Prove It!
PS5 console reveal LEAKED by Sony Developer! (PlayStation 5 News)
Could this be the PS5 Controller?
PLAYSTATION 5 ( PS5 ) REVEAL DETAIL SOON ! / DESIGN LEAK - UI / PSVR 2 2020!
PS5 PlayStation 5 Trailer - ALL CONCEPTS PS5 by VR4Player!
PS5: Everything We Know About PlayStation 5 So Far!
PS5 | First World Wide Look At The Playstation 5 Design!
PS5 PlayStation 5 Trailer - Concept Design V5 - Welcome to the future of Gaming - VR4Player !
Watch Sony's new PS5 announcement from CES 2020!
Shocking PS5 Power & Price Advantage | Next Generation Xbox Series X vs. Playstation 5 Specs Leaks!
PS5: New Patent Leaks Revealed!
WARNING for PS5 - Sony has Denied Release Date & Price! (PS5 News)!
PS5 | HUGE PlayStation 5 Rumor | NEW Ps5 ONLY Games | Should Sony Have Cross-Gen | Ps5 News!
PS5 new controller LEAKED! What is this?? (PlayStation 5 News)
PS5 News - Sony will release 2 PlayStation 5 consoles!
PS5 Controller Performance and Gameplay Upgrades! (PlayStation 5 News)!
PS5 Pro Is Likely To Happen, According To Recent Interview!
PS5: The Update You've Been Waiting For!
Wait... Will PS5 even come out?
If you look at the PS4 what do you expect for the PS5?
My PS4 Pro Rant + Why the SLIM is a better deal until next year
Slim better for Remote Play than the Original?
VUE: SO much better than traditional cable!
Which monitor is better for gaming on PS4 console? (i need help)
How much better is PS4 on 1080P<---- I have 1080i
Is the PS4 actually better?
Better or worse ?
PS4 which region is better?
Witcher 3 MIGHT run better on PS4 than XboxOne
Any tips to get better?
Are you a better at console or PC games?
Graphics on the PS4. How much better then PS3's?
Will Diablo 3 Expansion Be Better Then Diablo 3
Ubisoft's next gen games are are selling much better than curren gen counterparts
Share:
Facebook Twitter Reddit Pinterest Tumblr WhatsApp Email Link