Sony's PlayStation Now game streaming service won't launch in Europe until the first quarter of 2015, a new report has claimed. Furthermore, it's said that PS Now will see a full US launch in the third quarter of 2014 (Sony has publicly targeted a broader 'summer' launch).

Eurogamer's Digital Foundry claims to have obtained a slide from an official PlayStation Now presentation, which indicates release plans for the cloud-based gaming service. According to the presentation materials, Japan and Korea will receive PS Now at the end of 2014, ahead of the service's European launch in Q1 2015.

Despite the image appearing to indicate a Q2 US launch, Digital Foundry's sources claim it won't rollout in North America until Q3 of this year.
Click to expand...

Well that's not what I was expecting to read. I was hoping for this to be available by the back end of this year.
O

That's pretty poor news. It sucks being a wee isle in the arse end of the sea sometimes.

I don't like the idea of cloud gaming. Eveything is stored online meaning I never truly own anything I buy. Even Sony said that we're only renting the games we play. If the publisher goes out of business, so will the games.
O

daimashin said:
I don't like the idea of cloud gaming. Eveything is stored online meaning I never truly own anything I buy. Even Sony said that we're only renting the games we play. If the publisher goes out of business, so will the games.
Click to expand...

This and people's connection speed/size of downloads are the two biggest issues about digital content. In the coming years I'm sure we will see a system, perhaps even legislation that addresses exactly who owns digital content. 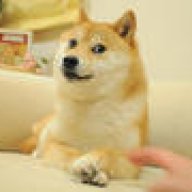 Well, that sucks, good thing the PS4 is arriving at our country this month.
L

I feel like digital is pretty inevitable, the only major problem being the differences in connection speed across the borders. But yeah, it looks like Europe just keeps getting screwed when it comes to services. Anyway, cloud gaming isn't something that I'm looking forward to but I'm pretty much resigned to it.
You must log in or register to reply here.
Similar threads