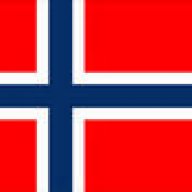 Hey everyone.
Finally got round to playing P4 Golden on the Vita, but i have to say i find the combat confusing.

The tutorial says things like watch for enemy attacks, enemies have different stratergies, but frankly, dammed if i can figure out what they are or how to take advantage of them.
I'm about 4 hours into the game so know the early fights are straigtforward, but know i'll need to understand what's going on for later .

Also what are all the catagories that go up by one or so after you win a battle.