Official I Got My PlayStation 4 - Owner Impressions Thread! 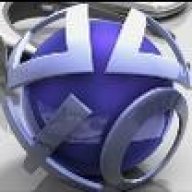 Hey guys, here is a thread for all new PlayStation 4 owners to share our experience with the PlayStation 4. Personally, with the psn login issues aside, I really like it. XMB is very fluid. One thing to not is that we weren't able to connect a vita to the machine. Going to have to keep troubleshooting that. Controller also feels very nice and looks great. Its much smaller than the fat ps3 and looks really sharp. How are your guys experiences? Use the PS4 tips and tricks board to ask any technical questions you might have.
Last edited: Nov 15, 2013
M

I've got mine!!! like I mentioned in another thread I think the console works well and is sharp looking. I know some other reviews don't share that point but it works for me. I've had problems signing in as well. One problem i'm having is getting account changes to stick. Keep getting errors with a code. I'll post more later as i've had to time to go through things.

Very nice Mortin, i'm really liking mine today. Been play the crap out of killzone. 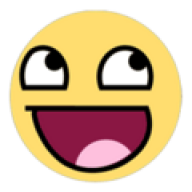 I got to play it at my local Gamestop today and I seriously wish I could have been there all day. (I was there for 2 hours) and they didn't kick me out The xmb really is quick and there's no freezing or any bullcrap lag. Love it, can't wait to pick up mine.
M

WarriorSoldier said:
I got to play it at my local Gamestop today and I seriously wish I could have been there all day. (I was there for 2 hours) and they didn't kick me out The xmb really is quick and there's no freezing or any bullcrap lag. Love it, can't wait to pick up mine.
Click to expand...

How's the load time on it? When I think PlayStation I think long load times, how does it compare to the PS3?
T

Well, I think the console looks good, i like the XMB, I like the new controller (a lot).....but so far I'm not thrilled on some of the features - and I'm really hoping there is an update soon.

My number 1 issue is there apparently is not a photos folder on the ps4, and even if there were I can find no way for the PS4 to read any of my photos on DVD or USB Flash drive.

I'm also not thrilled by the fact that the ps4 doesn't support bluray3D. I know 3D isn't hugely popular but there are plenty of people out there who have it.....the ps3 had it..and we a know it's just simple software update...so why not just have it?

Less importantly, unless i'm not finding it, there's no way to customize your home screen.

Also things seem really glitchy...like yesterday i downloaded the free PS+ games and when i started the "Contrast" game I was immediately booted back to the home screen. Same thing happened when I tried a different arcade game, then it was able to load fine, then next time I tried it booted me out again. IMO, all of the "glitchy" things are excusable and to be expected at the launch of a new console.

But as far as most of the other stuff I mentioned - I'll be hoping like hell for an update. 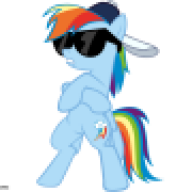 Happy you got the PS4?

So what does everyone think? Are you happy you upgraded to the new PS4? I sure am! I'll be happier after some more games come out however, but that happens every time you switch to a brand new system. I love the graphics though and to me that's the most important part! What's your favorite part of your new PS4? Is there anything you don't like yet? I haven't found anything I don't like yet! I haven't played as much as I know some have, but I work too much for all that!
M

I owned both a 360 and a PS3 and the only thing that made me go back to the 360 was the party based chat with friends. Now that the PS4 has that available it is most likely I will never purchase another Microsoft system again. Battlefield 4 looks amazing and plays extremely well as does NBA 2k14 where the Players look so realistic I've had friends come in thinking I was watching a televised game. I hope that Sony adds custom Themes so I can get rid of the bright blue back screen but thats not even a huge deal.
M

I played the new PS4 at my friends house. It was such a good console and I loved playing it. It was so fun and entertaining to play it. I was absolutely entertained by it the whole time, while playing it. 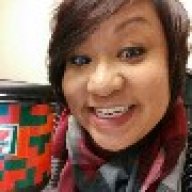 I think all the little things are making me love the system even more. Things like:
Faster loading times
Immediate exits from games/apps and into another
Live game play broadcasting
Redesigned controllers
Stackable console lol
Share feature

I'm sure I'm forgetting some.
S

you have solved all the problems with console?

Well,I went down to my local Harvey Norman store here in AUS where I did the 'No Money down online pre order' back on July 19.
Picked it up,payed the money and got KZ Shadow Fall for only AUD $50 extra.
I have Ghosts too and also ordered BF4 online so will have that soon as well.

Got home,booted up to make sure all is working,yep,all OK.
Next thing as to take out the 500GB HDD and put my slightly faster 1TB HDD in.
I already downloaded the recovery file and 1.51 FW update so put those on a flash drive and installed on new HDD when booting up PS4 in safe mode.
All good too.

Tested Ghosts and I can assure you that the PS4 does indeed look noticeably better than PS3 version as I have that too.
Particle effects are awesome,you can see differences in lighting too. Also it has a more solid look and sharper as well.
Cant wait to see BF4 and KZ,havent tried that one yet.

The controller feels better than the Dual Shock 3 too,unbelieveable.
I thought using the back triggers for shooting now would take time to get used too as on DS3 we use the R1 and L1 buttons for aim and shoot but no,its designed in such a way that you dont get mixed up at all and works fine from the start.

One thing though,PS4 users can see Vita and PS3 friends online but at the monent PS3 users cant see PS4 friends,but you can however send messages back and forth.
I guess they need to fix/patch this on PS3 end.

So far Im impressed,not much on the PSN store yet but hey,its VERY early days yet and look forward to the coming demo's/games and deals PS4 & PSN+ has to offer 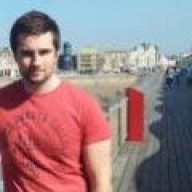 So my bro got his PS4 last night in the UK. He got BF4 and NFS. I'm going to go down his later and give it a blast, excited! 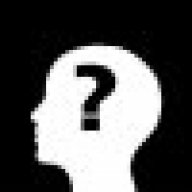 A bit buggy so far.. expected that though. Looking forward to the network settling down and the roll out of the disabled features. UI? Am I the only one who really appreciated the ps3 xmb? I'm not partial to these big blocks things, especially thing which I wont use; music/video unlimited, playroom.

Loving the network features: All the sharing features are ace. Much prefer how the messaging works.

Unfortunately though (for me) there are no games out which really interest me. Thank jebus for Resogun which is awesomely awesome ..esp for free . Going to give warframe a run later..

All in all though this owner is positively impressed ...and moer importantly excited for the future. 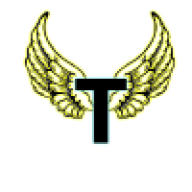 Mine should arrive tomorrow! I am really excited, like, reeealllyy, I can't wait no more!
Especially since I never had the PS3, this will be a brand new experience to me, and I hate it that today is Sunday, so post offices aren't working.
Anyways, I'll be sure to report back here, if I manage to leave my PS4 for a minute or two.

Well Thrix, as you never had a PS3 you're probably short on PSN friends? And as they've increased the cap to 2000 i'm more than happy to take on a first time playstation voyager ..wink wink

Haha, sure thing mate. As soon as I grasp the concept of PSN, PS Plus and others I've been hearing so much about I'll make sure to add you up. What's your nickname, or whatever it's called there, haha?

Hehe the noob is strong with this one.. ..check under the avatar for psn id's.. incidently mine is mothejo. Be sure to go to the store and get your 14 day free psplus trial when you sign up.

My freaking father got a Playstation 4 before I did! Seriously? He moved 3 states away with his new wife and I don't get a ps4!? Dam you dad! So anyways, he messaged me on facebook.. bragging and said it was the coolest thing he's ever owned. He had a ps3, ps2 and got the ps1 day one for me. He knows I love gaming and said he wants to play call of duty with me. 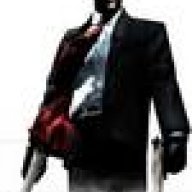 I didn't pre-order it; wasn't expecting to get it till spring next year. I looked online Thursday and saw it was in stock at a futureshop close to where I work. Hopped in my car and there were a couple units left when I got there.

Bought ACIV with it. So far I'm pleased. I don't have the same time and drive as I did when the PS3 came out, but I'm sure I'll still get a few good hours out of this one. I've got a lot of reading and catching up to do, especially on game release dates, etc. I'm definitely behind this gen.
You must log in or register to reply here.
Similar threads