Nominate a member for Member of the Month here - September/October!

Last chance,get in quick and nominate.

I must say Im a little disappointed that not many members seem interested.Only what,5 noms? Thats hardly worth continuing this.
If it doesnt pick up in the next few maybe we should just drop it?
Last edited: Oct 31, 2014 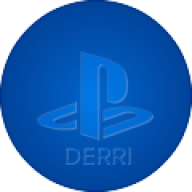 See I still think its do with it being public and those seeing who they've voted for that's a little off putting. I am kind of off putted by doing my vote in public because you don't want to offend anyone or feel like you have to justify your choice.

I still think doing it privately would be good.

You could set up a forum and set it to all content needs moderator approval, make the thread and approve it then when everyone replies it'll be moderated, meaning only moderators such as Yourself and Haze will be able to see it and it might encourage more people to vote.

However I agree with you, if it doesn't pick up within the next few maybe scrapping it might be good idea.

How about this for the next one then.

Members can make a bunch of nominations,be it 1,2,3 or 5 people etc who they think would be MoTM,without actually picking one only.
Then for the last week we would put a poll up with the most popular nominated,be it 5 or 10 names or whatever and people can actually vote,but votes would be anonymous so no one knows who voted for who. 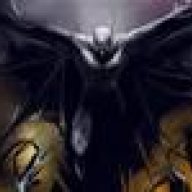 YES, we need this.

Well then it is settled. That is what we'll do for the next one!