Why on earth wouldn't they support DLNA on this system?
D

vthokiegirl said:
Why on earth wouldn't they support DLNA on this system?
Click to expand...

I have 4 NASes that used to stream to my PS3. I really hope Sony adds the capabilities to play DNLA media in future firmware upgrades.

I also hope they add HBO2Go for straming! I could get rid of my Roku for streaming HBO, Netflix, etc. and get rid of my Asus multimedia playback device and my Roku Straming Box.

It may be Sony is trying to get people t0o buy movies and mp3s through their stress but not work as people will just other devices.

This is the price us early adopters get forbuying the PS4 at launch! 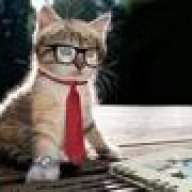 Yes I don't think they are going to give you everything at once with the PS4. They will want to maximize the profits so I guess they will make you pay more for the streaming. We'll see! 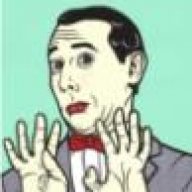 Yeah, I found it odd that they aren't supporting it, seeing as how the PS3 supported it. But remember the PS3 at launch? There was a lot it didn't support and then they added stuff with firmware upgrades. I'm sure DLNA support will be one of the things they'll add.

I hope so, because I've got a NAS box that I use to stream videos from in my house. 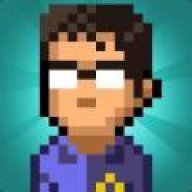 Streaming through the PS4 you'd be able to see when your friends log in and accept/join game requests pretty seamlessly. As it stands now you need to stream your media through another device (roku, ATV, WDTV etc) and you'll miss out on gaming opportunities with friends.
There is no consumer friendly reason not to have DLNA support. If the service is coming soon and just not ready Sony should say so. If they aren't implementing it ever because they want you to buy their video services that is a pretty crappy reason.
D

sidd230 said:
There is no consumer friendly reason not to have DLNA support. If the service is coming soon and just not ready Sony should say so. If they aren't implementing it ever because they want you to buy their video services that is a pretty crappy reason.
Click to expand...

I cant see this as most consumers will just use another device to stream video. I would think it would be in Sony's interest to support DNLA and also bring in popular channels like HBO2GO, Watch ESPN, etc. It keeps people on the PS3. Sony is going to lose revenue if people have ROKU boxes because people will purchase items through their streaming boxes and Sony will get no cut.

I was not an early adopter of the PS3 because it was just too expensive at launch. The PS4 is priced right but the lack of streaming does make it feel like a downgrade. However, I stopped using the PS3 for streaming when Sony decided not to support .MKV containers.

I really dislike the fact that you cant even play mp3s on it though. I have it hooked up to the home receiver and I liked the way the PS3 played music via DNLA and would show the earth views. 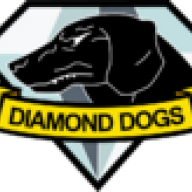 Why would they take away stuff people are used to? Things everyone loves? I guess it would be worse if they rid of netflix and hulu plus.

CpmPanda said:
Why would they take away stuff people are used to? Things everyone loves? I guess it would be worse if they rid of netflix and hulu plus.
Click to expand...

My only concern is that Sony has not made any type of announcement on the DLNA. I chose the PS3 over the 360 for a variety of reasons but one of them is the way that Microsoft always charged more for things. You had to have the Xbox Gold in order to play online where Sony allowed you to play online for free. I could list a lot of things such as Microsoft requiring you to buy the hard drive through them, the fact that the controller that came with the system did not come with a rechargeable battery pack.

Also, there was the fact that Sony has marketed their console since the PS2 as the whole home entertainment center. They have not done as good of job on the PS4 as the Xbone will allow you control your cable box and such.

It is also bizarre to me that Sony even dropped the BD 3D support with the release of the PS4. I have a Sony 3D television and the truth is that we never use the 3D as it is still more of a gimmick and no one wants to wear 3d glasses in the house specially when people are walking in and out of the living room. However, it is very strange that Sony left support for playing 3D movies out of the Bluray player this time.3

I think Sony should create a list of features that the PS4 has now and ones that it plans on adding with firmware upgrades. It would be nice to know what items the PS4 will support.