Is Anyone Else Excited For This Game?

Playstation definitely has the world of baseball video games in check, and 2014 will be no different. MLB 14 The Show will be released on PS4, and although we've only seen a little bit so far, it's already looking awesome! This game is the main reason I'm picking PS4 over XBox One, so I'm extremely excited to see more info about the next-gen version. The PS3 versions have been awesome the past several years, and the PS4 version promises to be the best ever by being able to do things the PS3 version wasn't capable of.

Is anyone else excited about this one?

No. I'm pretty sick of the sports games as a lot of them suck. But I've always been open minded. Even if it is another sports game, if it's good then I might buy it. But for me there are definitely other games of the PS4 that I feel deserve my excitement. One of them being the delayed Watch Dogs. Compared to that MLB has no shot at my attention.
T

I'm a bit burned out on various sports games as well because a lot of them have gotten stale. That being said, The Show is one sports franchise that has continued to be amazing on a yearly basis. And the fact it's now coming to the PS4 has me even more excited.

I've never been into games like Watch Dogs, but it does look pretty good from what I've seen. The Order: 1886 also caught my attention, so I'll be following it as well. Maybe I need to venture off more into a new genre of video games. LOL 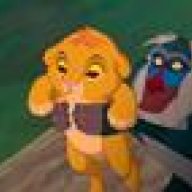 Could not be more excited. The Show are the greatest sports games ever made. Hopefully the online has been addressed finally as well, that's the only thing marginally holding it back. 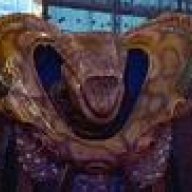 I wouldn't get a sports game either.. That's just me.

Can't for the The Division though
D

My initial reaction is no. It's just another MLB and when you've played one then you've played them all. But I'm trying to be open-minded and fair about this. So if they show me something new, or I'll even be more generous if I try and I like it I may buy it. But it's pretty doubtful, it's just another sports game.
You must log in or register to reply here.
Similar threads