How many Xbox 360s have you bought? 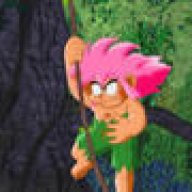 I've had two Xbox 360s. One was stolen while moving from Birmingham and then the one I have now. I also have some others that I didn't buy.

I have two Xbox 360s, one for home and recording, and one for LAN parties. I am planning to put both of them on ebay as I do not play with these systems anymore. I have been playing mostly PC and PS4s so yeah. Theres no point in having them. 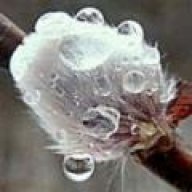 Still on my Legacy 360! Whooooo! Seriously though I cannot for the life of me figure out how people are murdering their consoles like this. More importantly I can't figure out why people are buying more following one horrible experience. I just don't know. 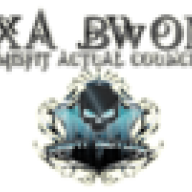 I have 3 of them. One was for me, and the other two were for my kids. Now that I have a PS4, all 3 of my kids each have their own Xbox, and I can finally sit back and enjoy some peace and quiet while gaming. No more, "Dad, I wanna play on the Xbox, but my brothers won't let me"!

I bought two, both used. The first fell off the dresser and nothing was the same. The second one I still have and it works.

I currently have 2 so I can play co-op with my girlfriend without having to split-screen. Same goes for PS3 also. 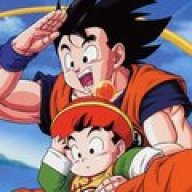 I personally have never bought a Xbox 360 because that is my older brothers job. I will tell the story how we have had three Xbox consoles, the very first xbox we had was the original then my older brother sold it and payed the rest to get a Xbox 360 brand new at the time, then after a while that one started to get old and overplayed and it died by the three red rings and could not be fixed, so now a few years went by and we got another Xbox 360 then when that one got old my older brother needed some cash for some reason and decided to sell it, then that Christmas he decided to buy a Xbox 360 for my younger brother the problem was is that it was one of those four GB or eight GB Xboxes and I rarely play it because of the space and my files always being deleted. 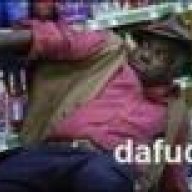 I personally have owned two Xbox 360 consoles in the past, both of them have been retired. Both consoles had the red ring of death and we're totally fried after I did that towel trick a couple of times. If I would just repaired them the usual way I would still have both of my consoles today. I learned my lesson. 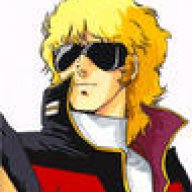 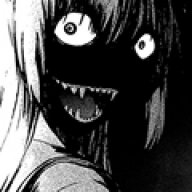 I think I have owned two Xbox 360s. My launch console and a later iteration. I currently do not own any. 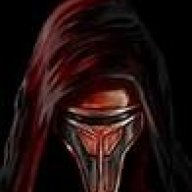 I've only had one 360, and I still have it. I bought it after the first price drop, I can't remember how far back that was. I never got the RROD, and it still runs and plays great. It's noisy as hell and doubles as a space heater, but it's had a lot of loving use over the years. I'll probably put it in the spare bedroom soon.
W

I have only brought one Xbox 360, but it broke down soon as ig stopped working. I haven't bothered with it after that.

bought 3 xbox 360 two of the 360s red ring on me and only buy a ps3 the 80gbs one and its still work today with all my other sony stuff
You must log in or register to reply here.
Similar threads
Looking for Members - Casual Adult Clan among many games [FBC]
So, how many people still play their PS3?
How many PS4s can you game share with?
How many PS3's have you broken?
How many of you broadcast on Twitch?
How many of you game exclusively on your PS4?
How many PS4 controller are you buying?
Too many High level character early on?
Was the PS4 released too soon? Too many problems?
How many PS4s will be defective at launch?
How many games do you own?
how many games on release date
How many memory cards did you own?
How many PS3 controllers have you been through?
How many PS3 consoles have you been through?
How many playstation 3's have you had?
Many think Microsoft's policy on indie games is a problem.
How many sports games do you play a year on your PS3?
How many platinum trophies do you have?
How many PS1 memory cards did you own?
How many games per day?
How many countries is the PSN available in?
Shocking PS5 Power & Price Advantage | Next Generation Xbox Series X vs. Playstation 5 Specs Leaks!
PS4/Xbox one cross network play
PS4 or Xbox Multiplats
CronusMax Plus for xbox one and ps4 and 360 and ps3
Need for Speed Reboot Getting PS4/Xbox One Closed Beta [sign up page link]
Yubin_Hydin PSN YUBIN HYDIN XBOX
New to PlayStation! Formally Xbox owner
Project Cars 1080P on PS4,900P on Xbox One
XBOX renegade
Rock Band 4 Revealed for PS4 And Xbox One
Is the PS4's UI and party chat so much beter than the Xbox's One's? Seems so
Few PS4 Questions From XBOX/XBOX 360 Owner
PS4 / Xbox One getting Free to Play APB Reloaded June 2015
Advanced Warfare Update Released on PS4, Xbox One PC / 18th Dec
Advanced Warfare Update Released on PS4, Xbox One
What is the online service like on the PS4 in comparison to the XBOX 1 and 360?
PS4 Call of Duty: Advanced Warfare Is 1080p, Xbox One Version Lower
Grand Theft Auto: San Andreas coming to Xbox 360!
Hi guys! Xbox One convert here....
Anyone switch from Xbox One to PS4 here?
So, Rise of the Tomb Raider is Xbox Exclusive now?
The next Assassin's Creed game for PS3/Xbox 360 revealed?
Rock Band and Plastic Instruments Will Return on Xbox One and PS4
Japanese Xbox One Commercial Is Pretty Great
Kinectless Xbox One Coming In June
Diablo 3: Ultimate Evil Edition confirmed for both Xbox One and PS4
Elder Scrolls Online PS4 & Xbox One delayed by six months – rumour
What Are You Currently Playing? (PC/Xbox/Wii)
Share:
Facebook Twitter Reddit Pinterest Tumblr WhatsApp Email Link