Has anyone else been having issues with the PSN Store freezing? 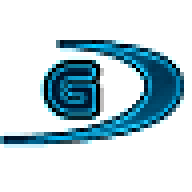 The other day, I turned on my PS3 to start downloading ICO from PS+. I went into the PSN Store and started trying to move down the list to the PS+ section only to find that...the d-pad wasn't doing anything. It wouldn't move up or down the list, it wouldn't do anything. I could tell that the top box was illuminated and the typical animation for the box was taking place, so it didn't look frozen -- but I was unable to move or do anything. It wasn't until I turned the PS3 off and on, turned the PSN Store off and on half a dozen times and then pressed every single button on my controller that the icon finally started to move.

Is anyone else having issues with the PSN Store being very slow right now and pretty much freezing? I asked a friend and he said he had experienced something similar the same day. Anyone got any ideas? There's nothing on the Sony forums about this and I'm just completely confused right now.

Fortunately I haven't had this problem but I'm not surprised. The PS Store is extremely laggy 99% of the time. Have you tried restarting your modem?
You must log in or register to reply here.
Similar threads