I wonder if someone can help me out. I'm buying my husband a PS4 pro for Christmas. He is in his 40s and never had a videogame before. He always wanted one but could never really justified it. Growing up poor makes spending money on himself difficult. Anyway, I wonder what games to get him considering he is a inexperienced player. I want something that is not for children but also not too hard. Don't take me wrong, he is extremely clever but I have no clue about his videogame abilities.

The cheapest bundle I could find comes with call of duty modern warfare. Some reviews say that is very difficult and there is no difficulty levels. Is this true? If so, what other games can I buy to balance this one out?

He plays in his phone, mostly snipper and Star Wars games. I researched a bit and come up with some names I thought it could be a good fit: Spider-man; Red dead redemption 2, Jurassic world? Resident evil 7? Are those good choices? 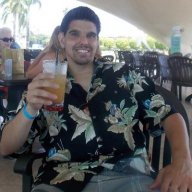 As for your question: Call of Duty: Modern Warfare is a good game. Thing is though, those reviews on websites are slanted. Right now, all the rage is currently journalists are double agenting as political correctness writers. In other words, if your game has a "people empowerment" theme or social justice trigger, they will write about it. Modern Warfare is a war game, but journalists has been vile towards the game just because of a few scenes. I'm not going to go over it with you, because you know damn well that war, or themes on the other side of the world is "uncomfortable."

Just keep that in mind when you read articles online. They're meant to piss you off. Don't do so, just read the good ones, that objectively hammer the game itself, not this social justice garbage.

Okay, that said. I'll get to Modern Warfare's woes. The game is good, but it does have some issues that the company is currently working to fix in a patch update. The difficulty they're talking about is the spawn system, weapon balancing, hit detection issues, and so on and on. For example, one shotgun was pretty overpowered, it's been nerfed, but it was overwhelming at first. One shot kills anywhere on the body, from any distance. Just keep that in mind.

As for bundles, you should keep an eye on Black Friday. Here's Sony's new Black Friday sale. (Hover over the "here" link.)

My suggestion? Buy the PS4 Pro with Call of Duty: Modern Warfare. You'll be hitting two birds with one stone.

He likes war games, Call of Duty: Modern Warfare is your best bet. There is no other good first person shooter on the market that competes directly against Call of Duty, unless you find Insurgency: Sandstorm somewhere on those shelves. It's not as popular as Call of Duty (250 Million copies lifetime), but it is an alternative. "Battlefield" is an EA game, and in recent times, they've been screwing up, so I suggest staying far away for now. Now, on the flip-coin, if he wants a single player war game, I will suggest Sniper Elite 4, but you'll have to find it on PSN. It's cheaper now than the $60 launch price. (I'll talk about the online stuff later, bear with me.)

As for Star Wars? There's Star Wars Jedi: Fallen Order. I have complete, full faith in Respawn. Go ahead and buy that. Don't touch another EA game, though.

With the Black Friday sale listed above, I think you can get Spider Man for 9 bucks easy.
Red Dead Redemption 2 is universally praised, but I remiss if I don't mention it: It is kinda a slow experience compared to something like Call of Duty (which is a "turn off your mind, and play" kind of series.) So, if your husband likes single player games that is story-driven, and world-exploring kind of game, RDR2 does it in spades, just remember that it is kinda slow. You go around killing folks, but not at a fast pace, is what I am saying.
Most film tie-ins are cash grabs, so I don't recommend Jurassic World or any film-based games. They are usually poor, where publishers buy the license to the games, publish the games, but pass off the development to studios on the low end of the spectrum of Triple A world (high quality, multi-million dollar budgets). I wish more devs did high quality film-based-games, but eh, it is what it is.
Finally, Resident Evil 7 is a fantastic choice. As a matter of fact, you can go ahead and look for Resident Evil 2 for PS4. Both terrifying, and great experiences.

EDIT: I said I'd come to the online stuff. I have two things for you: Don't use your credit card or debit card on your PSN account. Instead, find those $10, $20, or $50 "gift cards" (ignore the naming scheme, they transfer values into your PSN account), and the PlayStation Plus card is in 3 variations: $15 a month, $39 for 3 months, and $79 a year. (I'm saying those with taxes, F.Y.I.) But if you look at the Black Friday deals, you'll get them for cheaper, so look there.

You'll need a PlayStation Plus membership to play online with your friends. Those gift cards I mentioned, is for buying anything on the PlayStation Store, including the aforementioned Sniper Elite 4.
You must log in or register to reply here.
Similar threads