Every now and then something stupidly brilliant happens, and this is one of them.

An irate gamer, frustrated at losing a Call Of Duty match against a rival player, made a hoax phone call that resulted in a SWAT team arriving at his house. More than 60 armed officers approached the home of 17-year-old Rafael Castillo of Long Island, New York, after the call was made. The caller, who has yet to be identified, had been playing online against Castillo at Call Of Duty, and became frustrated when a particularly intense game resulted in his defeat.

To get his own back on Castillo, the player found out his name and location and called the Long Island police, informing them that he was Castillo and had shot his mother and brother dead, and was planning to kill more people. Police scrambled a large squad of officers, helicopters and special ops members to Castillo's house, where after a tense two-hour stand-off it was revealed that Castillo's mother and brother were alive and well.

An oblivious Castillo, who was still playing in his bedroom with headphones on, was unaware of the drama going on outside his house until his brother entered his room and told him the police were looking for him.
Click to expand...

Read this earlier today. Amazes me how stupid people can be.

Speaking of stupidity, I just covered our reception in the office for a few minutes as they're short staffed today and one needed to go out for lunch.

An elderly woman came in to place an advert (I work for a regional newspaper) and when she went to leave she tried to exit via a 6 foot window, then verbally abused me when I mentioned it was a window.

Note: I actually went round to open the door for her, that's when the abuse started.

Its funny how you cop the abuse cause of her stupidy.

Mind you,I walked into one of those large windows of a shop once thinking it was an opening...lol..But then I didnt abuse the shop staff after did I ? lol

Oberon said:
Its funny how you cop the abuse cause of her stupidy.

Mind you,I walked into one of those large windows of a shop once thinking it was an opening...lol..But then I didnt abuse the shop staff after did I ? lol
Click to expand...

I think everybody does that at least once in their life lol.

Oberon said:
Its funny how you cop the abuse cause of her stupidy.
Click to expand...

Well the odd thing is, she came through the double doors in reception, but on her exit, she went behind an old linotype machine which we have on display.

The Linotype machine is huge, and there is hardly any space for anyone to go behind, so god knows what she was thinking!


Oberon said:
Mind you,I walked into one of those large windows of a shop once thinking it was an opening...lol..But then I didnt abuse the shop staff after did I ? lol
Click to expand...

I agree with Haze, we've all done it once.

Not the same thing but I smacked my head against a steel pole in front of like... 20 random people. My how this thread got derailed

I think we need a thread that we can post our random chats into - where people are invited to derail it with whatever is on their minds.. sort of like a chatbox but in a thread format? 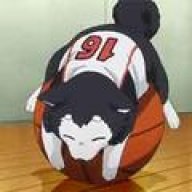 Wow, just wow. I mean I get it how people get angry when someone beats the crap out of them in a game, I mean its frustrating I've been through that, but calling up a stunt like that? Well that's crossing a line right there, but maybe the guy he called the SWAT team upon is probably a huge jerk.

Oberon said:
Its funny how you cop the abuse cause of her stupidy.

Mind you,I walked into one of those large windows of a shop once thinking it was an opening...lol..But then I didnt abuse the shop staff after did I ? lol
Click to expand...

As for the original topic, SWATTING seems to be getting more popular with sore loser gamers. One instance happened in my state last year. Seriously though, its a frickin game. Stop being such a sore loser. About Call of Duty of all games. These whiney little brats are the ones who give us gamers a bad name. I hope they catch him. What I want to know is how this guy got his opponents name and address?
You must log in or register to reply here.
Similar threads