Due to ongoing probs the dev has decided to give away DLC to full game holders:


Gamespot said:
Driveclub developer Evolution Studios will give all players who purchased the full game its premium DLC packs for November for free following a troubled launch and persisting server issues.
"We know you have all been extremely patient and understandably frustrated during Driveclub’s launch, and to show our appreciation for the support during this challenging time, we will be offering the premium DLC packs for November," Evolution said in a post to the game's Facebook page.

To insure that players who already purchased the Season Pass get everything that they paid for, the game's Season Pass will be extended to include four extra packs in July 2015. With the free DLC, the Season Pass still includes 38 cars, 176 tour events and 80 unique liveries.
Click to expand... 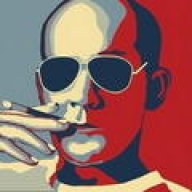 Nice of them but they really have to sort this mess with servers out asap. The game is great imo but still have problems with multiplayer unfortunately.
L

Sorry for the crap you purchased, here is some free crap to hold you over lol.
You must log in or register to reply here.
Similar threads