[career] If I can fund myself, I want to become a game programmer 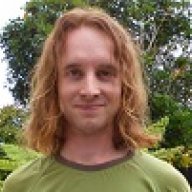 I looked up this place in Auckland called Media Design School but it's too expensive so I'm looking at Visions College here in Christchurch. It's about $7,000 NZD per year (2 years for the diploma). I called them earlier today and they said there's no Word or Excel nonsense in the course, just programming. If you're in Australia I'd advise that you avoid Computer Power because they require you to learn Word, Excel and (gasp) Access, which is databases (really boring). This is all horrible crap that everybody at Computer Power hated. I dropped out, I couldn't stand it. I don't know how the others managed to survive!

There are heaps of guides on the net re "how to be a games developer" and they recommend things which make some sense to me, but I think the recommendations are overkill. Bungie Studios used to say do a comp sci degree. That's too much. I say do a 1-2 year diploma and then take maths courses at a uni/college to learn about 3d maths, but don't pay for a degree, it's a rip-off! No need for a fancy games development school like Media Design School in Auckland, for me it's cheaper to study locally. If I had more time I'd get into C++ and libsdl and make the basics of Command & Conquer - strategy games rule. I'd like to do game development as a career because everything else sucks, especially being stuck in New Zealand. I'd rather be in NY, SF, or London. If I can reduce my work hours then I'm going to get into C++ every day until it becomes a job. I recommend game dev as a career to anybody who's passionate about gaming, or perhaps you understand programming but don't want to be an app developer for a large boring company. Either way go for it. At the very least I'd like to code games for Linux.

I was gonna post a link but I'm not allowed because of stupid rules here. Go to youtube and look up Westwood Studios [a visit to] (C&C Red Alert making of) by the user Grzegorz Ryszard Malinowski

jeffnz said:
I was gonna post a link but I'm not allowed because of stupid rules here.
Click to expand...

Sorry you feel that way but it's an anti spam measure.On occassion we do get spammers.
W

Is there maybe a reason they want you to learn how to utilize office well? Maybe in larger work environments they use office and access and they are a standard. I am not saying they are, just a guess. Cheaper is not always better.

I would be looking at the reputation of the schools and the number of students getting hired upon graduation.
You must log in or register to reply here.
Similar threads