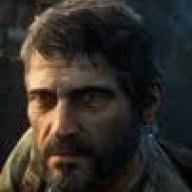 Nathan Drake on a hand held game... Yep! Is it awesome! Well, let's find out.

The Golden Abyss attempts to take the mechanics of a normal Uncharted game and translate it to the Vita. There are three or four different mechanics added to engage you in the Vita's style of play as well. When its all mixed together you get the Golden Abyss.

The story starts out with a tutorial level where you have some great Uncharted-esque moments. The gun play is done as well as you can expect from a Third Person experience on a hand held gaming device. The stealth is fun and rewarding when you have a stealth take down. There are a few camera oddities that take place, but hey we're not perfect.

The story itself follows Drake as he is dealing with some jerk. The jerk is doing a lot of stupid stuff. ... There's a story here? Anyway, yea, there is. The characters are fun and we all love Drake and all, but the story is pretty typical and lacking compared to the Uncharted games on the PS 3. What can you do? The game is long and the set pieces are mostly the same. You have some free running, you have some gun play, you have a chance to to be stealthy and there's a time when the girl lead character says some witty things.

So here's the nitty gritty, the game is fun but not great. There's really good action in the game, but a lot of the time you're trying to figure out puzzles, deal with the environment that looks the same or wanting to toss the Vita when it wants you to clean away an artifact for the hundreth time. The movies are really good, the voice acting is what you would expect from Uncharted and then the rest of the game is full of a silly story and loosely tied together plot points.

This game is one of the free games that are typical of the Vita bundles so if your'e not paying for it then its fun and can be a good distraction.

However, if you're an uncharted fan and want to put some money down... save it... 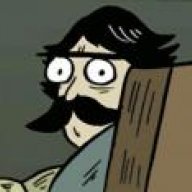 nice snippy review mate, i doubt i will be getting it at all. 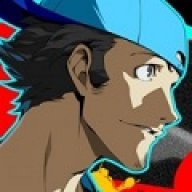 I've liked what I've played of this game so far, but it's my first Uncharted, so I can't comment on it compared to the console versions.

Still, I find the game to be very good.

Anyway, thanks for sharing your thoughts on it.

@Mudgee glad to share, my friend, I love to write reviews so stay tuned.

@Ranger - I'm here to tell you man you have to play Uncharted 2 or Uncharted 3. I'd say play Uncharted 1 but there's a bunch of spots that are kind of iffy. Think a bad ass jet ski part where you have to glitch the game to make it through the level. Uncharted 2 is really amazing. It really overshadows most third person experiences on the PlayStation and it also has a fun story. If I had not been exposed to those experiences before, my review would have been much different because honestly its a fun game.

However, when you know what to expect from Uncharted, then you expect much more from the hand held experience as well. Its hard to break the ceiling and do better than what you did before sometimes, but Kingdom Hearts - Chain of Memories did ingame card game type stuff really awesomely, and Uncharted fell behind.

The stealth/action/free running is the fun part.
You must log in or register to reply here.
Similar threads